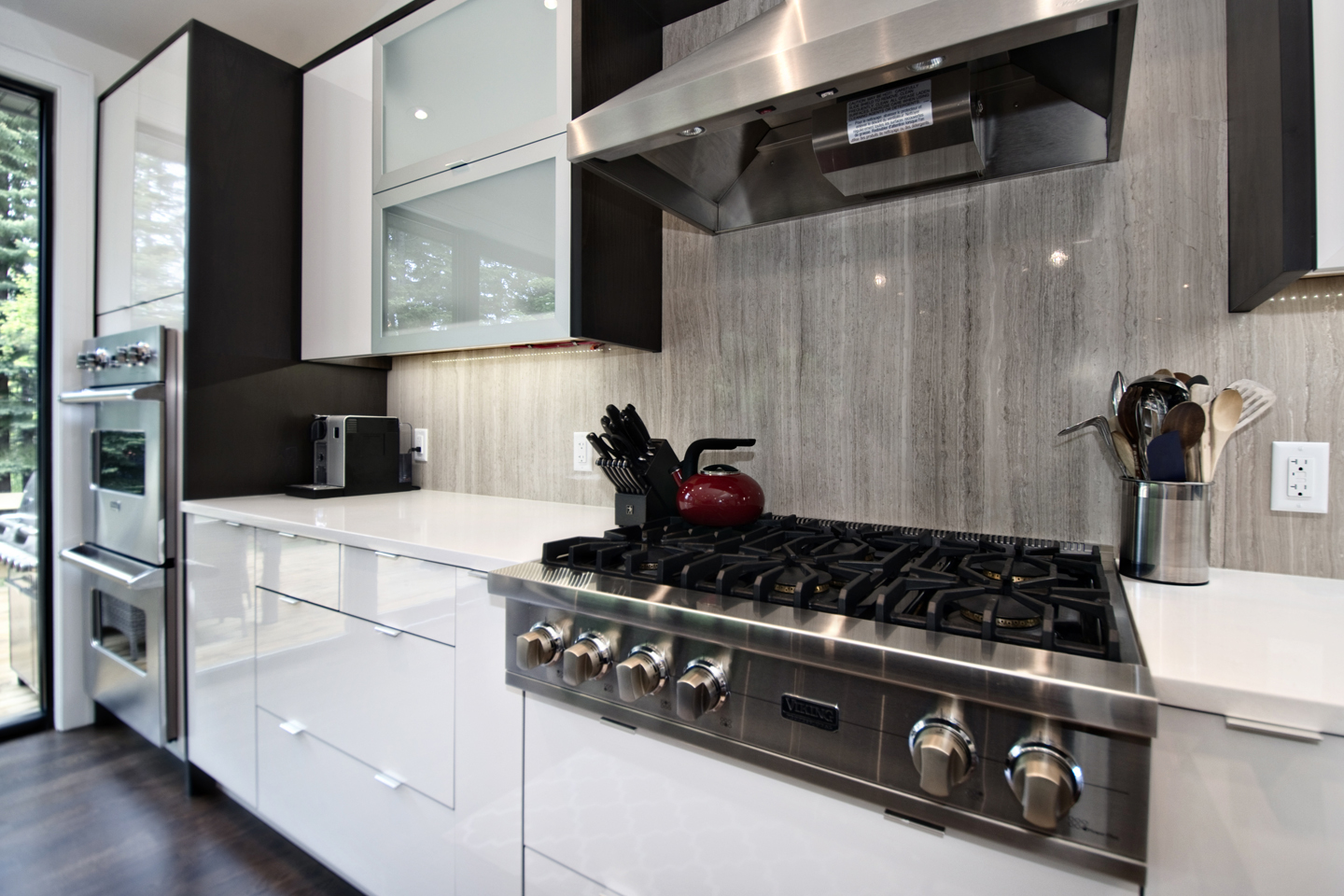 The Livingstone Home is a major transformation, drastically going from “blah” to “wow” with wide-spread use of Bolder Panels coupled with slate, marble and porcelain accents supplied by Stone Source International.

Want the look? Check out Stone Evolution who skillfully installed the Bolder Panels throughout the home.

What started out as a narrow, average entrance was transformed to a jaw-dropping open space.

The entry way was enlarged, and Allure Sienna Porcelain Tile was installed at the front entrance. The man-made tile can take whatever the tough Canadian winters can throw at it.

Jet Black Slate Ledgestone was installed on the exterior of the house (including a fire table feature), and brought in as an accent wall in the front entrance, tastefully bringing consistency from the exterior to the interior. The large glass front door creates inviting site lines with the exterior ledgestone repeating in the interior accent wall.

A dated kitchen was torn out, reconfigured and turned in to a high-end kitchen that any chef would be comfortable in.

The fireplace remodel turned a dated brick surround into a luxurious fireplace, complete with TV hookups and ample storage. The exterior facing wall was opened up with an accordian-style door, allowing the home owner to bring the outside in on sunny, summer days.

A formal dining room was placed to the side of the kitchen. Large windows offer a view out the front off the house. Another small fireplace creates a focal point in the open concept room, again clad with Ancient Woodgrain Bolder Panels, bringing luxury and consistency to the open concept space. Wooden White Tile was placed on the walls of a built-in sideboard, thus bringing the natural stone texture from the kitchen backsplash in to the dining room. Glass walls surrounding the new stairway to the second floor give a clear view to the Jet Black Slate Ledgestone installed off the entrance.

The master ensuite was transformed into a spa-like retreat, with free-standing tub, double vanity, and large shower. A feature wall with Fantasia Ledgestone was installed at the back of a free-standing tub. Wooden White Marble Tile in the shower was accented with Majestic White Pebble Mosaic on the shower base.